All about the RoDTEP Scheme in exports

In our previous articles we discussed how to start an export business, general provisions regarding export and import, Reserve Bank of India (RBI) regulations for exporters, all about GST under exports and E-way Bill. In this article we will address frequently asked questions regarding the Remission of Duties & Taxes on Export Products (RoDTEP) Scheme.

Q. What is RoDTEP Scheme?

RoDTEP scheme is notified with an Objective to neutralize the taxes and duties suffered on exported goods which are otherwise not credited or remitted or refunded in any manner. The benefit is given as percentage of FOB or fixed amount per unit of measurement as prescribed in the Appendix 4R to the Notification.

Q. Are any governing regulatory bodies there for the RoDTEP?

Q. What is the effective date of claiming the RoDTEP?

RoDTEP has been made effective from 1st January 2021 in respect of those exports where intention to claim the benefit has been manifested on the shipping bills.

Q. What is the criteria to announce the RoDTEP and whether it is available on all the products or on selective products?

RoDTEP scheme is notified based on the classification of the products as per tariff heading at 8-digit level. The benefit is given for 8555 tariff items. However, there are some sectors i.e. steel, pharmaceuticals, chemical, textiles (covered by ROSCTL) etc. which have presently not been given benefit under the Scheme.

Q. Where one can assess the RoDTEP Rates?

The Appendix 4R of Handbook of Procedures may be assessed to check the Rates.

Q. Which taxes are intended to be compensated to the exporters in RoDTEP Scheme? 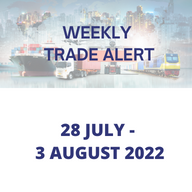 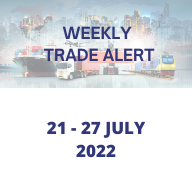 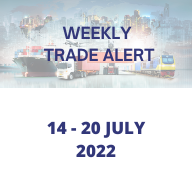 Why you need an ISO certification?

All about E-Way Bill in exports