Well, every entrepreneur whether running a startup or an established enterprise, will agree with me on these points!

On the occasion of Mahatma Gandhi Jayanti, let us look at how the father of our nation applied such entrepreneurial skills to achieve our freedom.

Mahatma Gandhi took a grave risk when he returned to India from South Africa to fight for India’s independence from British rule. At that time, he could not have known whether he would be successful in his objective. Nevertheless, he fought on. Never did he dilute his objective, namely freedom for India.

He fought not just against the British, but also with detractors in his own circles. It is quite natural that different people will have different views about things. However, he was seen as a natural leader with a capability to rally a team around him.

So how did he choose to fight for freedom against the British? With guns? With weapons? No. He chose the path of non-violence. He took up Satyagraha as a potent weapon. The British had no answer to this approach. They arrested him several times, put him in jail but never could charge him for violence. Doesn’t this show his ‘thinking out of the box’ ability?

In the fight for independence, several tough situations such as riots came up. When any other person would have become clueless on how to tackle them, Mahatma Gandhi with his clear vision and tact, ensured such situations never went out of hand.

The task he had undertaken was by no means simple and easy. It was a mammoth one and needed the support of several. He rallied a committed team around him who believed in him and his objectives. His management skills are quite evident here.

When it came to dealing with the British who were past masters in operating colonial regimes, unless one had good negotiating skills, it would have been futile. Mahatma Gandhi had plenty of success in negotiations.

Negotiating with the British was one thing, while making the Maharajas accept the ‘one nation’ theory and overcoming their personal reservations was an altogether different ball game.  Negotiations where everyone goes home satisfied is an art and, Mahatma Gandhi together with his able team ensured that India did not disintegrate.

Of course, the result is there for everyone to see; India became a free country and continues to maintain a good relationship with the British. The term ‘don’t burn your bridges’ is quite evident here.

We are fortunate to have been born in this country which now stands tall on many accounts. This would not have been possible but for this great human being.

On the occasion of his birth, let us salute this brave man who fought relentlessly for our country’s freedom and taught us some important lessons along the way.

Managing partner of Innovatus Systems, founded by him on January 1, 2013. Sridhar is a result oriented professional with over four decades in the Information Technology &...

Other articles written by Sridhar Narayanaswamy Have a colourful life 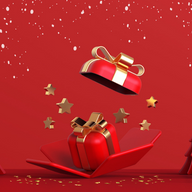 Joy and value of giving Shining the Light on the Paint Industry with an Innovative App

Tranform or Be Transformed

What does ‘independence’ mean to entrepreneurs?