Summary: The interim budget has been announced today and marks the last budget before the Lok Sabha elections in April-May 2019. Highlights include income tax rebate for individuals earning up to INR 5 lakh, relief to farmers, digitizing rural India and increase in defence budget. Steps to empower MSMEs and startups have also been announced. Exemption from GST has been doubled from INR 20 lakh to INR 40 lakh for small businesses. The Government e-Marketplace (GeM) created by the government two years back has been extended. This will enable SMEs and startups to sell their products via GeM. The government will also focus on supporting domestic trade and services for SMEs and startups. The budget presentation today also identified 10 dimensions that will make India a USD 10 trillion economy over the next decade.

The budget is a statement of direction as well as an indicator of priorities of the government for the succeeding financial year. Here are some of the highlights of Budget 2019.

A good principle is being conservative on income and overestimate expenses. However, the budget has been slightly aggressive on corporation tax going by the past collection track record. GST going forward could be a saving grace and help bridge the gap.

If oil remains at a similar level, then it is likely that the government will be able to maintain the fiscal deficit at 3.4%

SMEs constitute the backbone of the economy. Some steps have been taken to boost the this sector.

Some of these steps can help companies reinvest more in their business and create employment.

Being an election year and a time when agrarian situation is worsening an allowance of INR 6,000 for a farmer family for over 12 crore farmers translates to 75,000 crores of expenditure over the coming one year.

The tax limit has been raised to INR 5 lakhs. However, this is restricted to the first-time tax payer. For those already having an income over INR 6.5 lakhs this is not material.

Earlier the tax-free limit was INR 10 lakh on gratuity. That has been extended to INR 20 lakhs.

Standard deduction has been increased from INR 40,000 to 50,000, a marginal enhancement.

If someone had 2 houses, and second house was not rented, deemed rent would be considered. As per budget provisions second house is exempt.

Earlier capital gains could only be obtained on one property in real estate. Now it can be obtained for 2 properties. This can also provide a boost to housing and the economy in general.

An extension from 1 year to 3 years was not seen in the current budget. However, it may be seen in the budgets post the elections.

The tax rates for large corporates above INR 250 crores of turnover stays the same at 30%.

The defence budget has been increased to INR 3 lakh crores and would act as a boost to the defence ecosystem in the country, particularly small and medium enterprises and startups. This would also help us maintain our influences overseas, particularly the developed world.

I would rate the budget as 7 out of 10 as it does not fully engage stakeholders beyond the priorities of today. Do share your thoughts on the budget in the comments section below.

I am looking to connect with other business owners. Invite me to connect

Other articles written by Anirudh Gupta 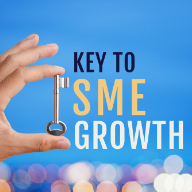 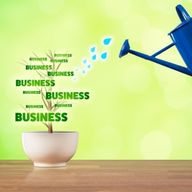 Building a business sustainably in the era of uncertainty? 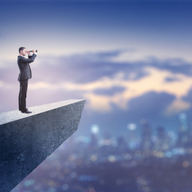 A budget with a vision